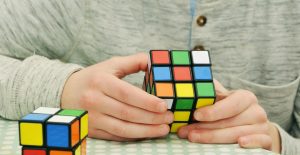 The most common time killers in a job search (excluding procrastination) involve interviews that go nowhere, networking meetings that net nothing, and countless job applications that get no response. Here’s how to manage these and other situations so that you can turn waste into haste and jump-start your job search.

You can go through several rounds of interviews with a company, hear them say you’re a top contender, and still get turned down. What a waste of time and effort, right? Not necessarily! The people you met during this long interview process could become valuable members of your network. Don’t let all your preparation, face-to-face meetings and follow-ups go to waste. Use them as an opportunity to build relationships that can benefit your search. Specifically, after you learn you didn’t get the job:

I remember interviewing a candidate for a position in my department; we all liked him,  knew he would have fit in well, and he seemed very smart. However, we knew we weren’t going to make him an offer because he was missing a key skill that we were looking for.

To his credit, once he learned of the rejection, he called me early in the morning, before the start of any meetings that would have prevented me from picking up the phone. After saying he enjoyed meeting all of us, he asked: “What happened?” I told him about the skill he was missing. He said, “Oh, that makes sense, now I understand. Do you know anyone else who may be interested in my background?” I gave him the name of one of my colleagues and told him to contact her and tell her that I had referred him. He did, and landed another interview.

Another client of mine was interviewing at a large Fortune 100 firm. She got rejected, but reached out to the hiring manager anyway following the rejection. She asked, “Who else might I talk to?” The hiring manager referred her to another department, where she successfully secured another interview. The same thing happened again; she was rejected, but solicited another referral, which led to another interview. And then she got rejected once more! On the fourth attempt, she finally received an offer, which she accepted.

Sometimes, you may follow this advice but won’t get that referral you’re looking for. Don’t be deterred; keep in touch. Stay on your contact’s radar so that they think of you when something does arise. See this post for how to keep in touch, and check out the next section for more advice.

2. Networking meetings that don’t net anything

A frustrated jobseeker sought my help after a fruitless, year-long job search. I asked her about her search. She said: “About a year ago, I had a lot of great networking meetings with people who could hire me.” I asked “What happened?” “Well,” she told me, “I lost touch with them shortly after we met.” If only she had kept in touch with these contacts, she would in all likelihood have already been offered the job she was seeking!

If you are actively looking for an opportunity, reach out to your network every three to six weeks, just to stay on their radar; you want them to think of you when something does open up. Don’t ask them for anything, you already did that during your first meeting. Instead, just remind them that you’re around by updating them on how your search is going (or perhaps sending them a link or “additional thoughts” since your last meeting).

LinkedIn has some great features for keeping in touch, including posting status updates, viewing the updates of others in your network, and even publishing posts. You will get the most out of these features if you have a “quality” network, as I explain in my book Advanced LinkedIn. In addition, just sending a simple “hello and update” email message can be a great way to stay on the radar of your key contacts. Check out this post for a thorough explanation of how to keep in touch with your network.

I was recently speaking with a client who attended a networking event that was organized by his alumni association. It took him two hours to travel there and back. He got a few cards, all from people who were either solo consultants or fellow jobseekers. These were people who were in no position to hire him. “I don’t think the event was worth your time,” I told him. He agreed.

Networking events are time-consuming and have an uncertain payoff. You need to be really selective as to which events you attend. Try to verify who will be attending beforehand, and attend only those where you think at least 50% of the attendees are employed at the places where you want to work. Or, attend events where you know you will want to follow up with the speaker about specific opportunities.

Be ready to capitalize on the time you take to attend an event by making sure you talk to as many people as possible. Don’t spend all your time talking to just one person. Get as many business cards as you can and, the next day, email the people you met. You don’t need to send a long email; just something short, friendly and upbeat will be sufficient to establish the relationship. If you wait more than one day, there is a strong possibility they will forget who you are or what you talked about.

In most cases, however, I recommend choosing to network via your phone and email instead of attending events. Reach out to people selectively, one at a time, to set up informational meetings. You don’t even have to know them to make this work! These meetings don’t all need to be in-person; be selective to conserve your valuable job search time. Try and arrange face-to-face meetings with high-value prospects; otherwise, phone (unless you’re unemployed really feel the need to get out of the house).

4. Countless applications for jobs, with no response

A prospective client once came to me for help. “In the past year I’ve applied for about 100 positions, yet have had no interviews!” she told me in frustration. I was pretty confident that I knew the crux of her problem straight away. How? It was the emphasis she placed on the number of jobs she had applied for. Usually, it’s not nearly enough to just apply for jobs.

The most successful jobhunters know how to build and leverage their network and contact “strangers” directly to get meetings. LinkedIn can be of great help with these two approaches, as discussed in my book. Don’t just passively drift around in the currents hoping they’ll take you to the island of your dreams. “Actively” seek out that island and then swim to it! That is, spend 80% of your time actively networking or directly contacting “strangers,” and just 20% on responding to ads and contacting search firms.

Check out this post to learn a lot more about the pitfalls of blindly applying for jobs, and to learn how you can bypass the application process by effectively networking and contacting people directly.

5. Positioning yourself for your last job, not your next

In your resume, LinkedIn profile, pitch, and emails, you should be focusing on your target audience’s number-one question: “How can you help me?” This means dropping the jargon that is only relevant to your current or last job, and using the language of your next. See this blog post to learn how to position yourself effectively by identifying keywords that are relevant to your target job.

6. Trying to be all things to all people

This is a tempting strategy because it means you don’t rule anything out. The problem with this approach, however, is that people are not going to take the time to figure out how you can help them. Or, they will put you in a place you don’t want to be. You need to take a targeted approach. Develop a specific resume and pitch for each of your job targets (that is, each combination of position/job description and industry/organization-type). Note: LinkedIn profiles are a bit different than resumes in that you should only have one profile, so you will have to choose between being very targeted (and eliminating some potential employer interest) or being more broadly appealing (and watering down your “here’s how I can help you” message for any given target).

« How to Write Compelling Resume & LinkedIn Profile BulletsSurprise! Start Your Presentation Off with a Bang »