Surprise! Start Your Presentation Off with a Bang 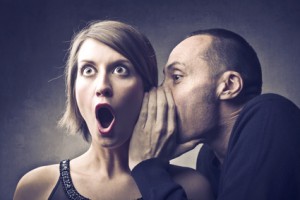 Bring the element of surprise into your presentation to make it memorable and powerful. Humans evolved to remember the unusual and the shocking; use this knowledge to your benefit!

For example, I coached one client to begin his presentation (to an executive audience at a Fortune 500 company) with a slide that had one single large number on it. Then he said:

My client reported back to me that the audience was surprised all around, by both the magnitude of the cost and the inexpensive fix. In short, they were paying rapt attention right from the beginning — they wanted to know more, and my client had them “hooked.”

By the way, asking the audience a question is a highly effective way of engaging them as well. Combining a question with surprise, however, doubles the power and really draws them in!

Or, I’ll ask, “What’s the most effective way to get your audience to retain information: studying, testing without studying, visual mapping (an exercise favored by educators), or ‘all the same’?” Most of the audience fails to choose the correct answer, which is that testing without studying is 50% more effective than the other methods! Now they are surprised and engaged; they want to know more.

Here’s another example. When I deliver a presentation on interviewing, I will put up a slide that says “The hiring decision is made within the first two minutes of the interview.” I then ask the audience what they think of this statement. Most of them agree with it. Then I surprise them by telling them that this is absolutely false, that there is ample opportunity to turn a “no” into a “yes” based on what you do even after the interview is over! Now they are both surprised and intrigued; I have their complete attention.

Here’s one final example from the presentation on Interviewing; it illustrates well how you can engage the audience by mentioning something that’s counter-intuitive, or even shocking. I ask the audience “How many of you write ‘thank you’ letters?” Almost everyone raises their hands. Then I say “OK, from now on, no more thank you letters.” The audience is always taken aback. That can’t be right! I pause for a couple of seconds, then say, “I want you to write ‘influence letters,” and I explain what I mean. They are riveted!

This post was excerpted from my book Peak Presentations. I’ll be sharing many more tips on how to deliver powerful presentations and pitches in my free February 11th seminar in New York City.

« Avoid These Six Job-search Time Wasters!Don’t Be an Interview “Know-It-All” »