3 Reasons to Turn Down a “Good” Job Offer 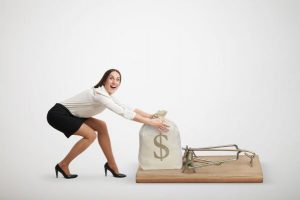 As the economy continues to rebound, more job opportunities are opening up, increasing your chance of landing a new role. Accepting the wrong offer, however, can actually cost you dearly. As one client put it: “I should never have accepted their offer; it was a toxic environment and I was not set up for success, but I was blinded by the money and prestige.” You can reduce the odds of accepting the wrong job offer by asking yourself three questions: END_OF_DOCUMENT_TOKEN_TO_BE_REPLACED 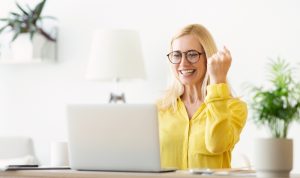 Take a strategic, active approach to managing your career that will improve your odds of achieving success this year and beyond. In other words, don’t just float around in an ocean of opportunities hoping the currents will take you to an island of your dreams. Instead, actively search for that island and then start swimming! In this spirit, adopt these three career essentials and avoid the dangers (stagnation, layoffs, “settling”) that come with a more passive approach to your career. END_OF_DOCUMENT_TOKEN_TO_BE_REPLACED

How To Beat Age Bias In Your Job Search: 4 Techniques

For the first time in nearly 50 years in the U.S., the unemployment rate for 55-and-older workers exceeded the rate for mid-career workers during the pandemic. The relative jump in this rate underscores the age-related challenges that older workers face in getting hired. If you fall into this group, there’s good news: you can usually overcome age-related barriers to being hired relatively easily.

To do so, understand this key insight: you’re usually not facing age-bias per se. Rather, you’re facing underlying issues that employers think about when they compare you to the younger competition. These issues include: END_OF_DOCUMENT_TOKEN_TO_BE_REPLACED

A 7-Step Job Search Plan to Beat the Odds

Job searches go faster when job-seekers first take a step back to plan strategically. And careful planning has become even more important during these challenging economic times. Think of it this way; your “job” in a job search is to be a world-class consultative salesperson, for yourself. So do what the best salespeople do: plan carefully first, to get the highest return on your time investment. Here’s a seven step job search plan that has gotten results for my clients, and that any great salesperson would appreciate. END_OF_DOCUMENT_TOKEN_TO_BE_REPLACED

How to Spot Job Search Scams and Protect Yourself

Job-opportunity scams have risen with the growing level of unemployment. Below I explain how to spot them by analyzing an actual scam message that hoodwinked some recipients. It turns out that the scam message was sent from a real recruiter’s hacked LinkedIn account, which made this deception more believable END_OF_DOCUMENT_TOKEN_TO_BE_REPLACED

LinkedIn has released an “Open to Work” feature to help you let employers, recruiters and your network know you’re looking for a job. You can share your open-to-work status by checking either “share with recruiters only” or “share with all LinkedIn members.” To access, click the “Add New Profile Section” button to the right of your profile picture and then click “Looking for a new job” in the Intro section at the top.

So should you use this new feature, and if so, which option should you pick? My thoughts: END_OF_DOCUMENT_TOKEN_TO_BE_REPLACED

Power Up Your Pitch to Land Job Interviews and Offers

A powerful pitch, one that resonates with your target audience, can give your job search a big boost in this challenging economy. Employers and networking contacts will be impressed when you concisely and engagingly describe what differentiates you from your competitors. Plus the process of creating your pitch is, on its own, well worth your time; the deeply self-reflective thinking that’s required will help you to sell yourself. You’ll need two versions of your pitch: END_OF_DOCUMENT_TOKEN_TO_BE_REPLACED

Below I share some of the career and job search advice I’m giving concerned clients as we navigate this challenging time. The key to making it through and achieving your career goals is to use this time wisely now to set yourself up for quick success later, once the economy starts to rebound. Here’s a list of 10 things you can do now to boost results: END_OF_DOCUMENT_TOKEN_TO_BE_REPLACED

Land that Job Offer by Keeping in Touch with Your Network

A new client was describing her frustratingly long and unproductive job search to me. She said “I had a lot of great meetings a year ago with people who could potentially hire or refer me, although nothing panned out.” I asked what happened to those people and conversations. She said, “I don’t know, we just lost touch.” I told her that was a major part of the reason she had been searching for so long. If she had kept in touch with them, she would probably have gotten the interviews and offers she was looking for long ago.

Being good at networking isn’t just about meeting new people—that’s only half of it. The other half involves END_OF_DOCUMENT_TOKEN_TO_BE_REPLACED

A number of techniques

make the challenge of achieving ambitious career and job search goals easier. Here’s a list of those that have either helped me or my clients to overcome obstacles to goal achievement. May they give you the boost you need to reach your goals.

Picture your goal to get motivated: Use physical pictures or imagery you conjure up in your imagination. The reason this works – END_OF_DOCUMENT_TOKEN_TO_BE_REPLACED