You Need to Start Leading Now. Here’s How 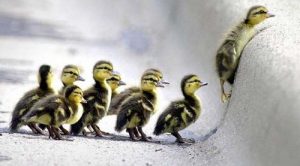 In most workplaces, the key to achieving job security and advancing in your organization is to demonstrate leadership. Going above and beyond the status quo for the greater good will improve your chances of getting promoted. Plus, taking initiative to improve the organization may be the reason you get to keep your job if layoffs are in the forecast.

No matter where you are in your organization’s hierarchy, you are leading if: a) you have a vision for a better way of doing things, and b) you can influence the key stakeholders to get on board with your vision. In other words, you don’t need to manage staff to be perceived as a leader; you can lead from any level.

Now maybe you’re in a job you enjoy and in which you excel, you’ve been doing the same thing the same way for years, and you just want to stay in this comfortable place. If you can get away with this approach until you reach retirement, congratulations are in order. For most of us trying to make it in a rapidly changing economy, however (73 million jobs could be lost to automation by 2030), just doing your current job well is not enough. You’ve got to go beyond this and lead.

So how do you get others to see you as a leader? First, start by being curious. Look around and ask yourself why the organization does things a certain way. Do these approaches make sense, or would a change be beneficial? Second, honestly assess your own strengths and weaknesses. Through this increased self-awareness, you may discover an opportunity to lead.

Below I’ve shared two client examples that illustrate both of these approaches, one for a manager, and one for an entry level employee with no staff.

New director of a sales team

Armando was newly promoted into a role managing a sales team. His new boss told him that he had “big shoes to fill,” as the prior director was highly regarded. To get set up for success in the role and perhaps find opportunities to lead, Armando and I put together his personal “SWOT” analysis (Strengths, Weaknesses, Opportunities, Threats).

One of his strengths that he identified was “building relationships between departments to work more productively together.” From this strength he saw an opportunity to improve sales through better collaboration. His leadership vision became to break-down department silos, and have marketing, finance and HR work seamlessly with the sales team in support of prospect identification and conversion into customers.

Now he had to influence the key stakeholders to get on board. First he shared his vision with his new boss, who bought into the idea. He started building relationships with each of the directors in those three departments to explore how improved collaboration could work. Within a month, based on their feedback, he came up with a plan for this improved collaboration; they all bought-in, and so did his boss.

The plan was implemented with immediate positive results, including improved prospect identification and conversion. Three months later, based on this success, Armando’s boss told him “You didn’t just fill your predecessor’s shoes, you’ve thrown those old shoes away. You’re the best leader we’ve seen in this role in many years.”

Linda was in a financial planning and analysis group in a large corporation, at the bottom level of the hierarchy with no staff to manage. One of her jobs was to produce reports for different departments across the company and distribute them. She was already doing this part of her job well; she was getting the reports done accurately and on time, and ensuring that the right people received them. But she wanted to go beyond just doing her job.

Taking the “questioning” approach to developing a leadership vision, Linda wondered whether these reports could be improved. She began to see that they were less than optimal; much of the information was repetitive, unnecessary, or not presented in an actionable way.

Based on these meetings, she created a proposal for improvements and received buy-in from all the report recipients. She then shared her proposal with her manager, who loved it; she was given the green light. The revised reporting structure was completed a couple of months later, to rave reviews by all the stakeholders. This leadership accomplishment figured highly in the company’s decision to promote Linda later that year.

Note: a few readers may be in an organization where leadership is not rewarded. In these types of organizations, taking initiative can be perceived as rocking the boat. If you’re in such an organization, be careful. You have to be cognizant of the culture in which you’re operating. Instead of “leading,” consider whether you should be leaving!

« Turn Job Search Rejection into Opportunity The No. 1 Way to Get Attention on LinkedIn »