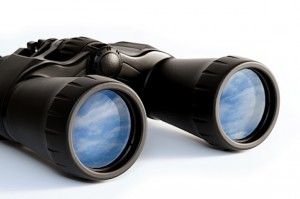 Bringing a leadership mindset to your job (a compelling vision that you can influence others to support), no matter what your level, is a key to helping you stand out and move up (or stay employed) in an organization. Recent client experiences have once again reinforced this point for me. In this first of a two part blog entry, I’ll share with you how an executive-level client’s leadership mindset was key to her early success in a new job. In Part 2, I’ll share with you how a client on one of the lower rungs of the corporate ladder was able to achieve success by demonstrating leadership.

My client, Susan, began a new position as a VP in charge of a business development team.  She inherited the job from her predecessor, Jeff, who saw his role as:

Susan was told by her boss that she had Jeff’s “big shoes to fill”.  At first Susan did all the things that Jeff did.  But she also saw that the sales force was not as effective as it could be because there were communication barriers between her department and other key stakeholder departments, including Marketing, Pricing, Finance, and HR.

As Susan and I discussed the situation, she became determined to break down these barriers, and began to enlist her bosses, her peers in these other teams, and her staff in pursuit of this objective.  So, in addition to the job functions Jeff performed, Susan also added “influencing others to adopt her vision of better communication and information sharing between departments.”

So who’s the leader, Jeff or Susan?  Susan is, because in addition to the managerial responsibilities she took over from Jeff, she demonstrated the two key aspects of leadership.  First, she had a “vision” for where she wanted to take the department.  And then she was able to “influence” others to support her vision and help make it a reality.

Six months later, after we worked together to develop and implement the strategy to successfully boost her staff’s performance through pursuit of her vision, Susan was told by the same boss who made the “big shoes…” comment that “You’ve thrown away Jeff’s old shoes. You’re the best hire in at least ten years.”  In just six short months, Susan had become far more valuable to the organization than Jeff because of the value she added as a leader.

« Are you Limiting Your Job Search Potential? The #1 Way to Avoid a Hiring Mistake »