How to get an Interview with a Phone Call

by Robert Hellmann •Getting Interviews 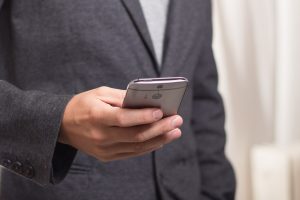 Once your resume and LinkedIn profile are complete, you’re ready to start getting interviews. And the most effective way to get interviews is to actively go for what you want; send high-impact emails to hiring managers who may be complete strangers, and then crucially follow up with a phone call to land that interview. This “active approach” is more effective than passively waiting for the ad to show up or the recruiter to call, and then responding.

Salespeople intuitively understand the active approach to the job search, since they use a similar approach every day in their sales jobs. If you are in a job search, you are effectively in sales whether you like it or not, so follow their lead. Set a goal to get meetings with people in a position to hire you whether or not there’s an opening. Once they talk with you, a world of possibility opens up, through keeping in touch, getting referrals, or their suddenly seeing how you can help them right away.

When you take the active approach, you are tapping into the “hidden job market,” where there’s less competition and you are creating an opportunity to get what you really want. To implement this approach, use a combination of emails and phone calls.

Emails are easier for recipients to respond to, and are less stressful than calling for many jobseekers; you may be able to skip the call entirely if they respond to your email. Also, once you’ve written the email, you can use it as your script for your followup phone call. Follow the guidelines I’ve shared in this blog post to write your email.

These emails can be incredibly effective depending on how well-written they are and what you have to offer. If after three business days you don’t get a response, however, follow up with a call. Here’s what you should say in your call that can get you the meeting you seek.

How do you get them to stay on the phone to speak with you, or call you back? As I discuss in my book PEAK Presentations, the key is your 20-second pitch. When someone takes your call, they may in fact be on a tight schedule. Maybe they are running off to a meeting, or need to prepare for one. You’ve got roughly 20 seconds to gain their interest. And if you get their voice-mail, you’ll use the same 20 second pitch when leaving a message.

In 20 seconds, you’ve got to get across what you do and what makes you interesting or different from other callers. Here’s Julie’s 20 second pitch:

“Hi this is Julie Johnson, perhaps you saw my email from last week. I’m a product development executive who developed a paid mobile app that received millions of downloads. I understand that you’re expanding your mobile app development, so I thought it would benefit us both to set up even a brief conversation.”

Julie “categorized” herself as a “product development executive” and then differentiated herself by mentioning both her development of a popular mobile app and her knowledge of the company’s expansion into mobile apps.

She also modified the end of her 20 second pitch depending on whether she was leaving a voice-message or was speaking to the hiring manager:

Julie also prepared for the possibility of the executive saying “Sure, I have a few minutes now, let’s talk” by being ready with a longer pitch (modeled on her original email) and questions to ask that could advance the conversation.

Jane Thought She Was Rejected

My client Jane sent an email to the CEO of a small insurance company suggesting they meet. When she didn’t hear back, she decided to forward the email again to re-surface it in the CEO’s inbox, adding at the top of the new email, “Hi Steve, thought I would follow up on the email below that I sent you a few days ago. Would you have a few minutes to discuss?” This is a good technique, by the way. Your recipient might have intended to respond to the first email, but just got distracted and let your email get buried below others.

When Jane still didn’t get a response after her second email, however, she found the CEO’s phone number and called him at 8am. Jane was expecting to leave a message, but the CEO actually picked up! Jane started introduced herself using her 20 second pitch. The CEO nearly cut her off, however, with a curt “I’m sorry Jane, I simply have no time for this now, gotta go.” And the CEO hung up on my client. So of course Jane assumed the CEO just wasn’t interested.

The next day her phone rang; An HR manager from the same insurance company was calling to set up a meeting with the CEO! This meeting ultimately turned into an offer, by the way.

The lesson: if you’re feeling discouraged, remember that it’s hard to know what’s really going on. I’ve personally had similar experiences; I thought for sure they weren’t interested, then a month or more after I had given up they called me!

Paul’s Efforts Got No Response

My client Paul heard there might be a CFO opportunity at a technology firm. He got the name of a senior recruiter at the firm through a colleague, and then sent an email, saying he was referred by this colleague, and included his pitch for a meeting to discuss the CFO opportunity. After three business days, Paul still hadn’t heard anything.

Paul then took the same approach as Jane, forwarding the original email again with a new note, to re-surface it in the recruiter’s inbox. Still nothing.

So after a couple more days, Paul called at 8:30 a.m., and got the recruiter’s voicemail. He left a brief message with his 20 second pitch and contact information. No response. The next day Paul called again and once again got voicemail, but this time he didn’t leave a message.

The following day he tried one more time, calling at 8:15 a.m. This time the recruiter picked up! After Paul gave his 20 second pitch, the recruiter was apologetic, and said “I’m so glad you were persistent, I really do want to talk with you. Let’s set something up.” The result ultimately led to an interview for the CFO position.

The Lesson: being persistent can pay off; Paul didn’t get the response he wanted until his fifth try. This kind of persistence leads to positive results all the time for my clients.

Just remember when you are reaching out repeatedly to 1) maintain a positive approach in your outreach (i.e. no “blaming” the other for not calling you back), and 2) let it go if it becomes clear they just don’t want to talk with you. You really don’t want to be inappropriately persistent. That’s called “burning a bridge,” not a good idea in the job search or in business in general.